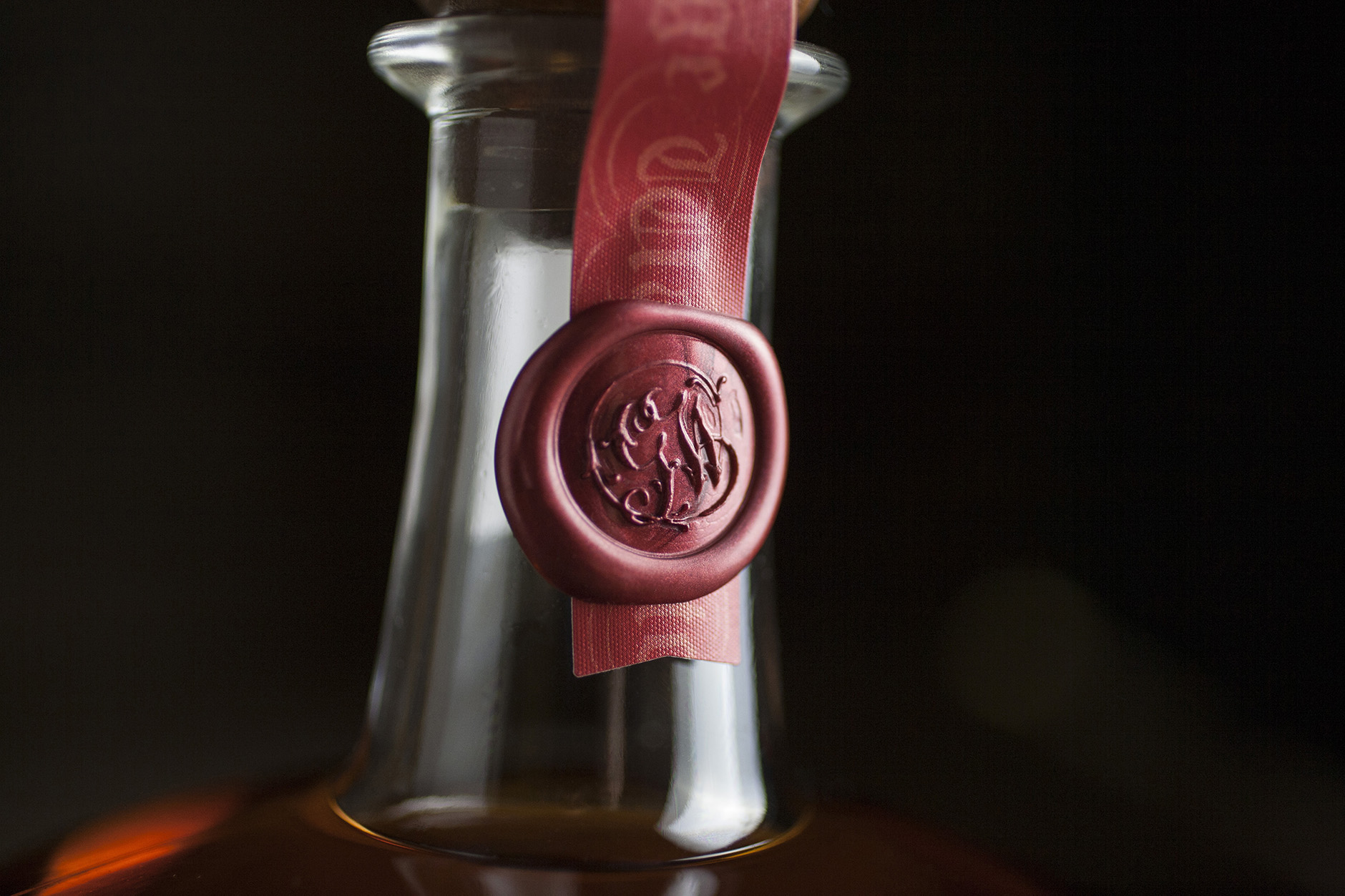 Here’s another one lost to the sands of time – well, it’s from early 2018, which feels like an eternity ago.

I never posted it because I wasn’t quite done photographing it. And that was almost two years ago. I’m still not done and I probably never will be. So here are the two photos I have.

This product has absolutely no online presence as far as I can tell. I can’t find a single photo or mention of it anywhere. And it seems it won’t ever be produced again. So I guess this is all any of us is likely to see of it. Maybe I should get a few more photos after all.

The good people at George Washington’s Mount Vernon indulged the extra hand work with which I burdened them them with the wax seal monogram on the neck and the impractical bottle shape, which I selected for its similarity to the hand-blown bottles of the late 18th century. I particularly enjoyed carefully crafting the one-off “George Washington’s” calligraphic logo in a beautiful style I have seen primarily in manuscripts from the Age of Sail at pirate wreck exhibitions and such in museums. Overall a very rewarding project.

“This bottle of George Washington’s Silver Rum is one of a limited number made at Mount Vernon to commemorate Washington’s 1751 voyage to Barbados. This colonial-style rum was produced from 100% molasses using 18th-century methods. After fermenting in large wooden tubs, the rum was double-distilled in the wood-fired copper pot stills at George Washington’s Distillery. The rum was then hand-bottled and hand-numbered, resulting in a rare, limited edition spirit.

This rum was debuted on the evening of May 5, 2018 when members of Mount Vernon’s Life Guard Society gathered on the East Lawn to celebrate the definitive publication of Washington’s Barbados diary. Joined by the Barbadian Ambassador, guests enjoyed fare from the islands and a view of the very river where Washington’s adventure began.” 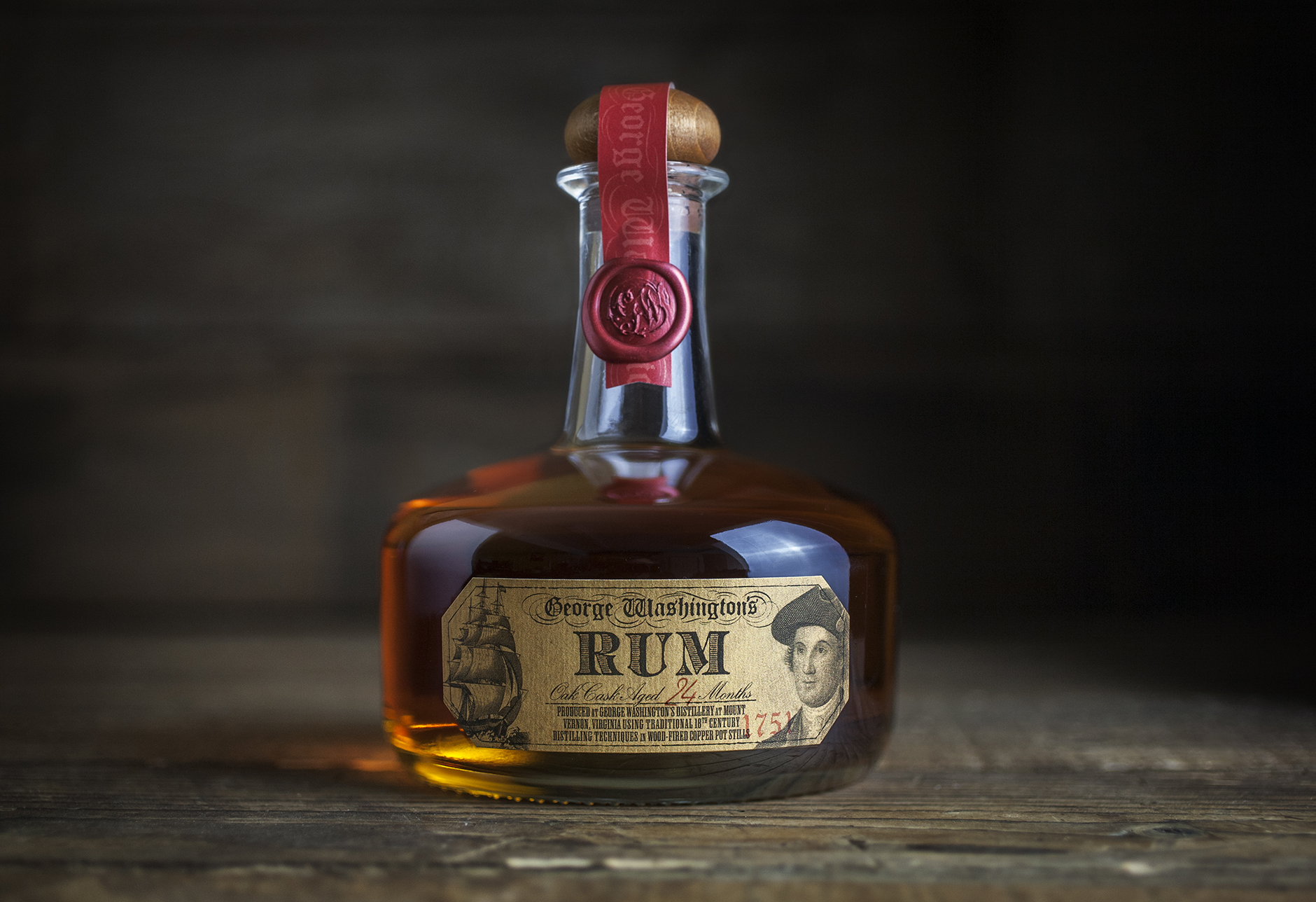