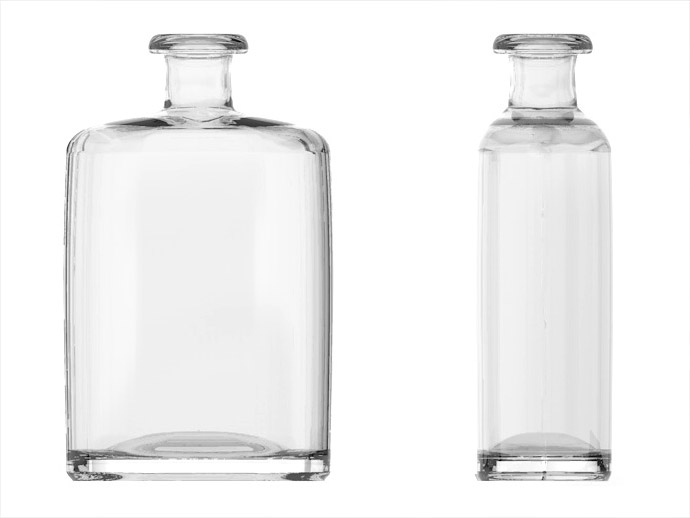 I’m excited to announce The Outlaw, a new, original 750ml bottle design, available from Italian glass maker Vetroelite. Why am I announcing a glass company’s new product offering? Because I designed it.

Here’s the original 3D “sketch” – my vision for this bottle:

After searching all the catalogues and glass manufacturer websites I could get my hands on, I couldn’t find what I was looking for. Specifically, this is designed for the American Whiskey market. I haven’t seen True Grit (The original, 1969 film) since I was a kid, but somewhere in the back of my mind was an image of a rugged, western, flask-shaped bottle wielded by the infamous Rooster Cogburn (played by The Duke).

Long after the design of this bottle was locked in, I looked up some images from the film and found that I wasn’t to far off – which surprises me quite a bit actually, since I was probably 8 years old when I saw that movie, and had no interest in whiskey or glass at that time.

There is a strong sense of pride and tradition among producers of bourbon and rye, rooted deeply in the American south and the western movement of the pioneers. Yet, in my opinion, there are very few stock bottles available that truly satisfy this sensibility.

Further inspiration came as I watched Jamie Boudreau’s inventory of authentic pre-prohibition whiskey and spirits grow. Similar shapes kept re-appearing. I can’t think of a drinking-culture buzzword with more caché right now than “pre-prohibition.” American micro distillers with a throwback bent are popping up like mushrooms after an October rain and yet you can’t find a stock bottle that looks anything like these actual, early twentieth century examples. New distillers typically can’t afford the mold costs and high minimums associated with a custom bottle design, so a stock offering was needed to satisfy this niche.

Mr. Boudreau was kind enough to allow myself and a rep from Vetroelite a private tour of his amazing whiskey cellar. Getting a hands-on look at his inventory was very inspiring – not to mention fun. However, instead of lifting these early bottle designs exactly, I added a heavy lip which reminds me of a stoneware moonshine jug – just in case anyone wasn’t sure this is a whiskey bottle – now there can be no doubt. Plus I just like the aesthetic. Besides that, I skipped the butt-contour “hip-flask” shape and kept it convex both front and back. I don’t imagine anyone is actually lugging around 750ml of hooch in the back pocket of their jeans. If they are, they have bigger problems than that little indent can solve. Thusly, the ergonomics of this bottle are limited to hand-feel – and to that end, it’s very satisfying, I might add.

So here’s the prototype. Production begins very soon. I’ll be happy to share photos of the real glass samples as soon as they arrive. At the moment, the opportunity still exists to be the first distiller in the world to use this bottle. And all for the very attainable, entry-level low cost and minimum order quantities of a stock bottle, off-the-shelf, as it were. 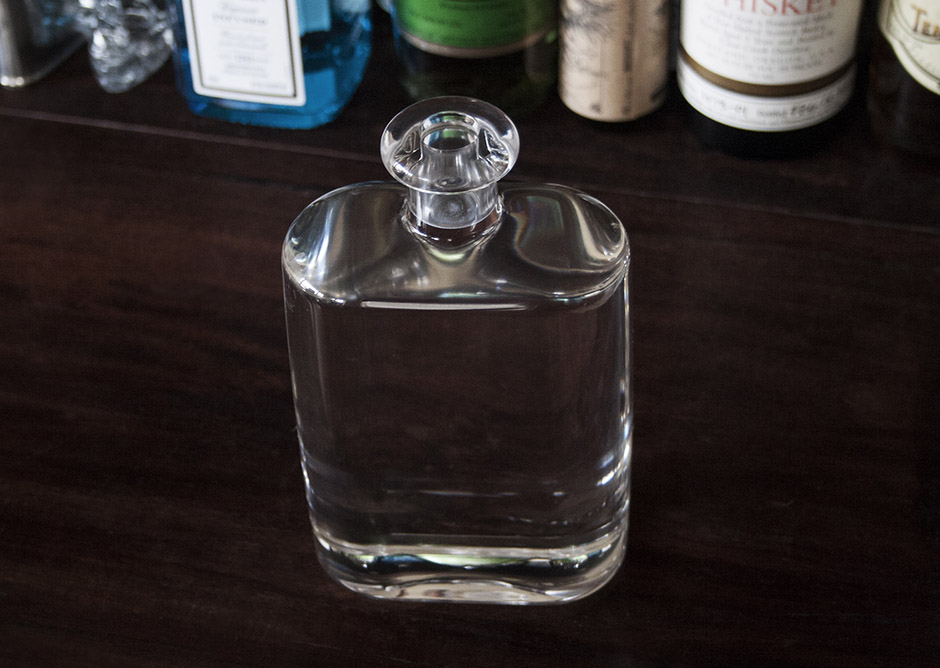 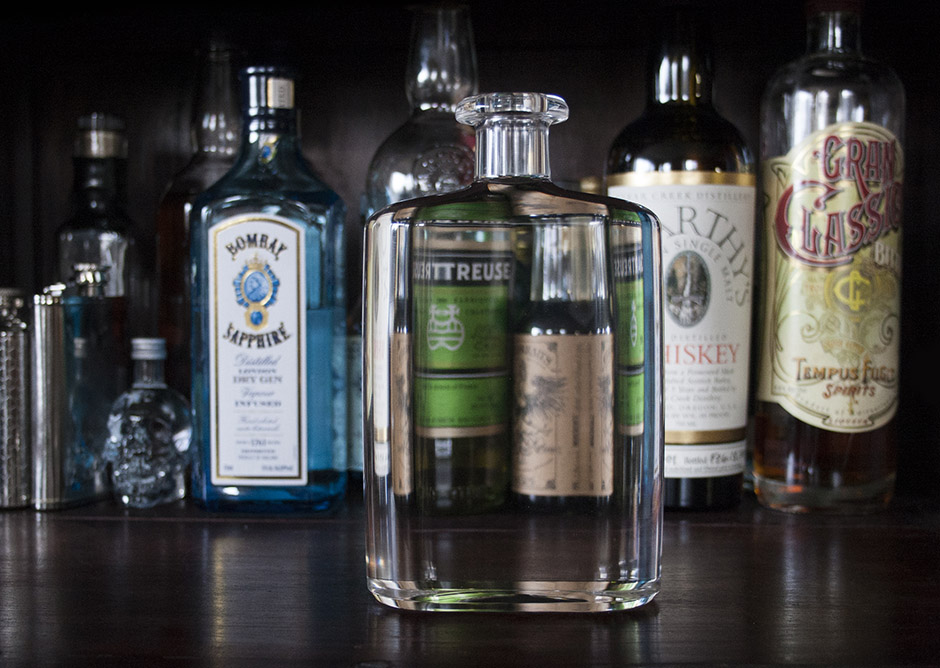